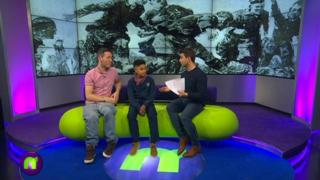 CJ and Martin talk about trip to Ypres

Martin and CJ have just got back from a trip to Ypres in Belgium to learn about the Christmas truce.

This was a football match that happened on Christmas Day during World War One.

German and British soldiers went into no man's land - the ground between the enemy trenches - to shake hands, sing carols and play a football game.

Now, the event is remembered each year with a football tournament held in the area.

Children who play with Premier League youth teams (under 12s) take part in the games and then attend a special ceremony at Menin Gate memorial.

CJ and MArtin joined Ricky on the Newsround sofa to explain what it was like. 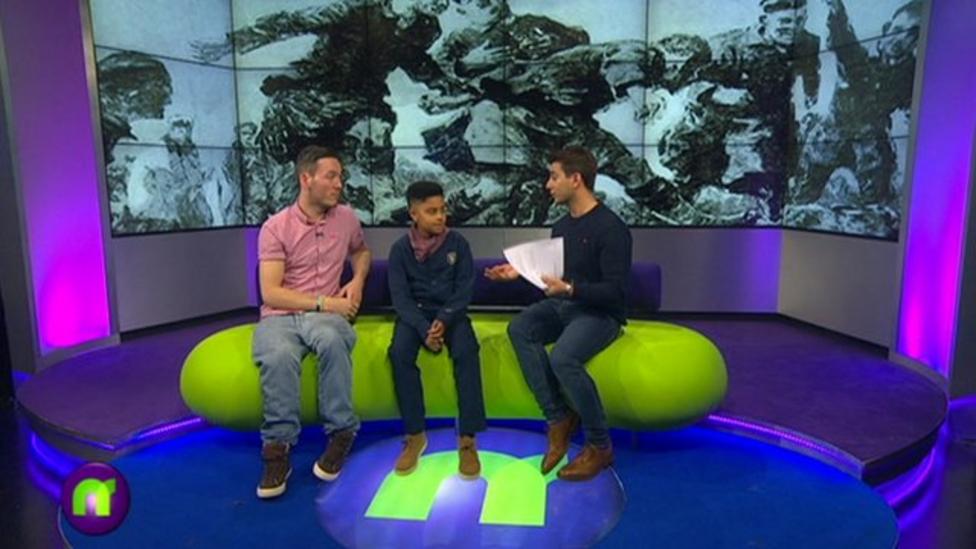 CJ and Martin talk about trip to Ypres