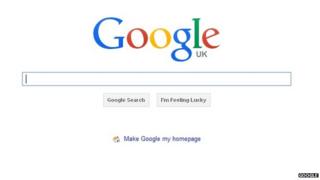 Google has revealed 'facebook' was the most searched-for term in the UK in 2013.

They also looked at questions and found "what is facebook?" was the most popular, with "what is love?" second.

Reality star Kim Kardashian was the most searched for celebrity with One Direction, Miley Cyrus, Justin Bieber and Kate Middleton also in the top ten.

Google also unveiled its "top trending" search terms for the UK in 2013. These are the entries that have seen the largest increase in traffic compared with 2012.

Gareth Bale was the top trending football star, while the Grand National and Wimbledon were the top events, beating Eurovision and the Oscars.

There was a battle of the superheroes in top 10 most searched-for movies. Man of Steel beat Iron Man 3 in to top place. Despicable Me 2 was the only animated movie in the list.

The new Doctor Who has been announced!