Three proposals to extend either Heathrow or Gatwick airports have been put forward by the Airport Commission.

But expanding airports is a subject that divides people.

Whilst making airports bigger will create thousands of jobs, it would also mean homes and even villages could be demolished to create the extra space.

Why do we need more runways?

Airlines are frequently announcing new long haul flight routes, as well as cheaper low-budget destinations, which means there needs to be enough space in airports for planes to take off and land.

Having another runway at airports such as Heathrow and Gatwick would mean that thousands more flights could be offered - which could bring lots of money into the country. 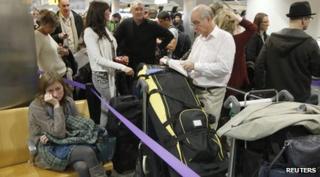 Heathrow is as busy as it can get

Heathrow, for example, is one of the busiest airports in the world and in 2012, handled 70 million passengers. But they operate the airport at 98% capacity, meaning they don't have a lot of space left.

Meanwhile, the case is also strong for Gatwick as they handle more low-cost, smaller budget airlines and this is where most of the growth in the airline industry has come from in recent years.

Many communities living near the airports in the runway expansion areas are against the plans because it could mean their house would be demolished and they'd have to move elsewhere. 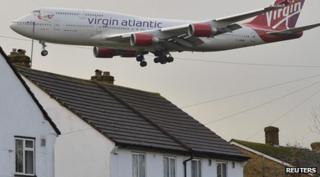 Homes near existing airports could be threatened

Not only that, but there are environmental concerns such as noise and air pollution from the planes. 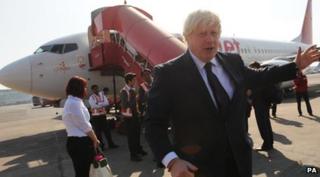 The Mayor of London, Boris Johnson, has said that putting a new runway at Heathrow would be a "catastrophe" and instead wants them to consider another plan.

What are the other options?

He's suggested building a new mega airport, twice the size of Heathrow, but on the other side of London on the Thames estuary in Kent.

The airport commission say they'll look at it in 2014 and determine whether it is a credible proposal.

There's also suggestions for airports such as Stansted and Birmingham to be considered but the commission say those ideas won't be taken forward at this stage but could be options for expansion in 2050.

Where to build a new runway is a massive decision and one of the big problems is that it takes many years for plans to be approved and a runway to actually be built.

In this time, the government who approved the plans might not still be in power, meaning a new government could scrap the plans.

The final report on all this won't be published until 2015 - so there will be loads more arguments to come before a final decision is made.