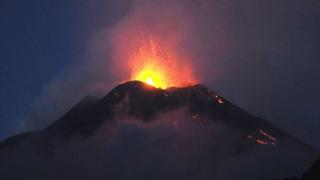 Amazing footage of Mount Etna in Sicily, erupting in the night sky has been captured.

Etna is Europe's most active volcano and is almost 10 thousand feet high. Eruptions from the volcano are common and sometimes cause a change in flight routes so planes can avoid ash from the eruption.

There are several villages on the slopes of Mount Etna but they're not in any danger and haven't been told to evacuate. 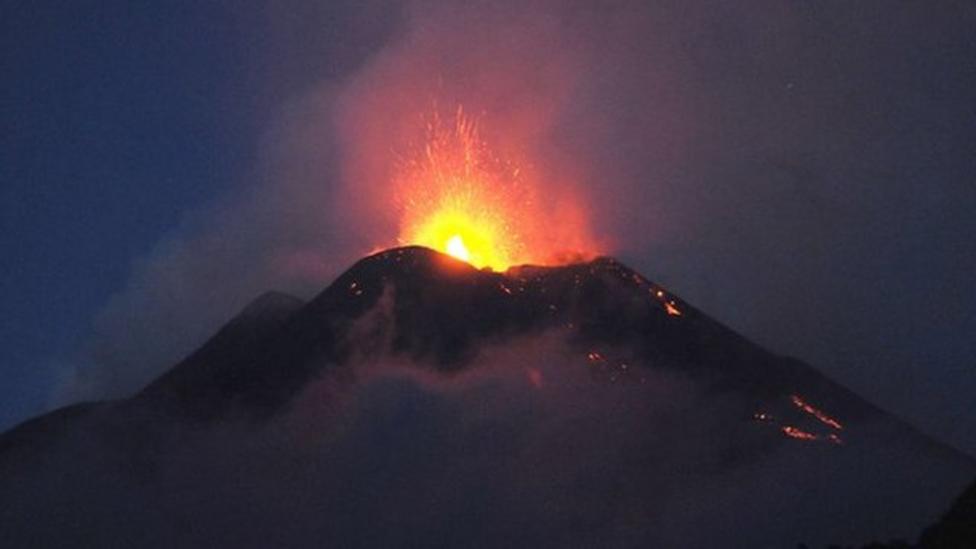