Ahead of Nelson Mandela's funeral, Ricky's been to South Africa to find out what the former president meant to people living there.

Ricky met Serema who grew up in South Africa whilst apartheid was in place - a racist system where white and black people in the country lived separate lives.

Serema remembers what it was like to be a child then and how he felt when Mandela was released from prison in 1990. 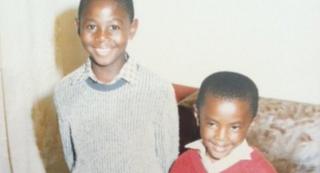 The apartheid system was in place when Serema was a child.