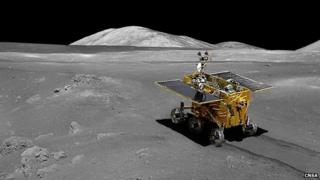 China has become the first country in 37 years to land a spacecraft on the Moon.

They've announced that their unmanned craft has successfully landed on a flat area called the Bay of Rainbows.

It makes China the third country to send a craft to land on and explore the Moon's surface.

It's a big step for Chinese space authorities who say one day they hope to send a man to the Moon too.