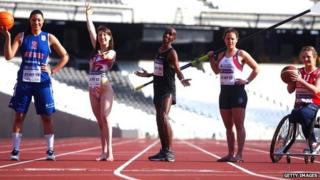 The number of people regularly taking part in sport has risen by 1.5 million since London won the bid to host the 2012 Olympics, back in 2005.

In the last year, 15.5 million in England people took part in a sports activity at least once a week.

Sport England do the survey twice a year in April and October.

The boss of Sport England, Jennie Price, said: "We are concerned about the results for young people. Although the majority of 16-25 year olds still play sport regularly, the numbers are not going up.

"The evidence shows a sharp drop in the popularity of traditional sports, like football and netball, and we need to make sure they have a wider range of sporting activities to choose from."

But the number of disabled people playing sport each week has increased by 62,000, to a record high of 1.67 million. 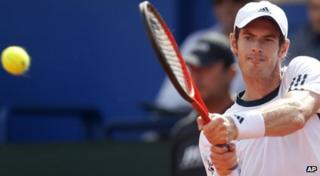 Fewer people are playing tennis, even with Andy's win

The most popular sport in England is swimming: nearly three million people go to the pool every week.

The figures come from Sport England, who do the Active People survey twice a year, in April and October. It shows the number of people aged 16 and over playing at least 30 minutes of fairly energetic sport, at least once a week.