Enormous earthquakes ‘are missing’ from records 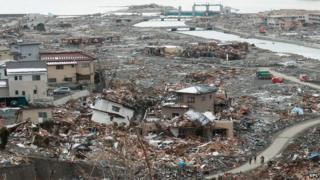 The Earth could have been hit by many more huge earthquakes than previously thought, say scientists.

A group of experts from the US Geological Survey says current records of earthquakes from before the 20th century don't make sense.

They say it's strange that there are too few records of massive earthquakes measuring more than 8.5 in magnitude.

They're now scanning historical documents to see if earthquakes have not been recorded properly.

Dr Susan Hough from the US Geological Survey said: "If you try to make a statistical case there are too few earthquakes in the 19th Century."

"Seismometers were developed around 1900. As soon as we had them, earthquakes started to look bigger."

Dr Hough believes that many large earthquakes in the 18th and 19th Century have been missed, or recorded as much less powerful than they really were.

The researchers say finding these lost earthquakes is important to help them find out where and when massive earthquakes could strike next.