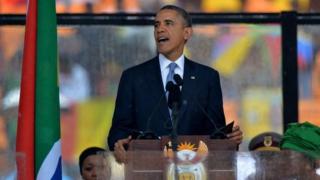 World leaders and tens of thousands of South Africans gathered in a huge football stadium today for a memorial service for Nelson Mandela.

Many waited for hours in the rain to get into the huge Johannesburg stadium.

It was the venue for the closing ceremony of the 2010 World Cup - Mr Mandela's last public appearance. 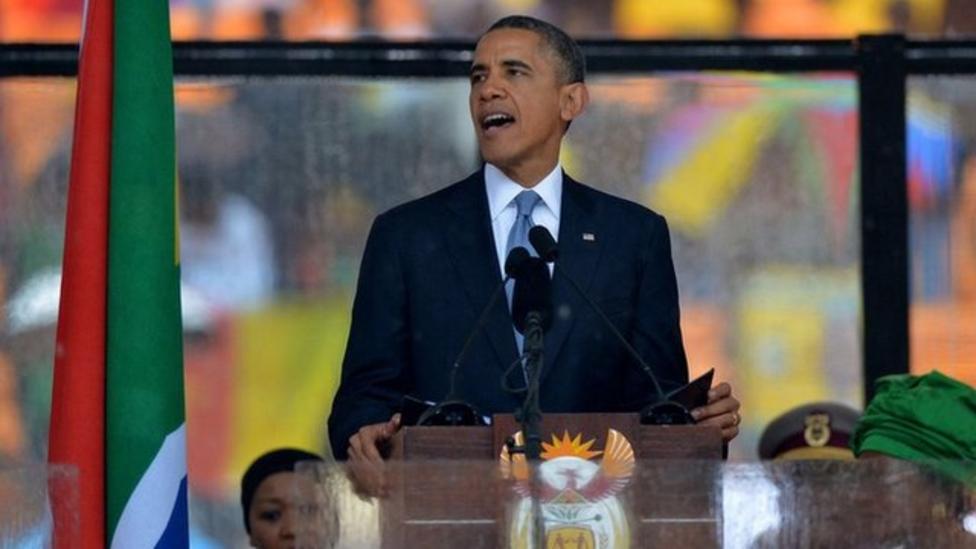