Creature discovered that is 'effectively immortal' 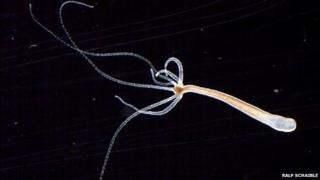 Imagine being able to live forever - scientists think they've found a creature that actually can!

Scientists looked at ageing in 46 different species including mammals, plants, fungi and algae.

They found that humans, mammals and birds weaken with age, but other organisms such as tortoises and certain trees get stronger as they get older.

Hydra magnipapillata, a microscopic animal with a tube-like body with tentacles, a mouth and adhesive foot, may not be a pet that people can cuddle up with, but it is almost completely unaffected by the ageing process.

Researchers say that some specimens could live, under the right conditions, up to 1,400 years.

The research was published in the scientific journal, Nature.