Warning over Xbox One prank 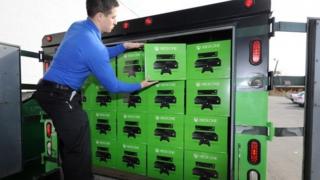 Xbox One owners are being warned about an internet prank message that could ruin their consoles.

Microsoft say some users have received fake messages falsely claiming to give gamers a way of enabling their machines to play games from the Xbox 360.

But rather than making that happen they say the message actually puts consoles into endless start-up mode.

The company say following the false advice could "brick" your console, making it completely un-useable.