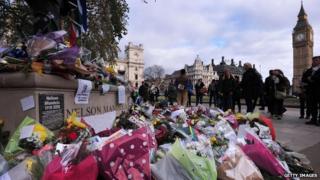 Members of the UK government are to stop work and pay tribute to Nelson Mandela at the Houses of Parliament today.

They've said honouring the former South African president, who died on Thursday, would be their "principal occupation" of the day.

Another event will take place later in the week at Westminster Hall, where Mr Mandela spoke to parliament in 1996. 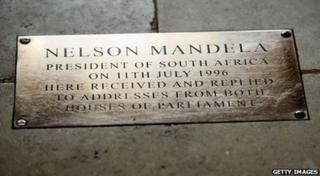 More than 60 world leaders have said they will attend his memorial service or state funeral.

Prime Minister David Cameron will represent the UK and join other world leaders at the service on Tuesday at the Soweto stadium in Johannesburg.

The stadium was the venue for the closing ceremony of the World Cup in 2010 - Mr Mandela's last public appearance.

Yesterday, people in South Africa held a day of "prayer and reflection". 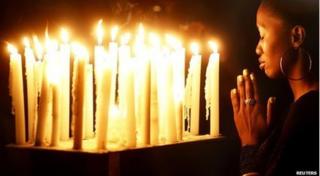 Click here to read our guide about why Nelson Mandela was important.

Look back at the life of Nelson Mandela in pictures.

Find out about some of Mandela's most memorable speeches.