Who's in England's World Cup group? 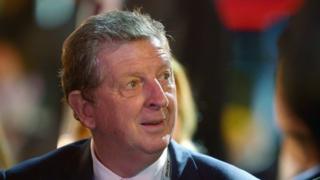 England have been drawn in a tough group for the 2014 World Cup in Brazil.

Roy Hodgson's side will play 2006 winners Italy, Luis Suarez's Uruguay and Costa Rica in that order.

Elsewhere defending champions Spain were drawn in Group B alongside Chile, Australia and Netherlands.

Hosts Brazil play Croatia in the opening game before games against Mexico and Cameroon.