England fear no one ahead of World Cup draw 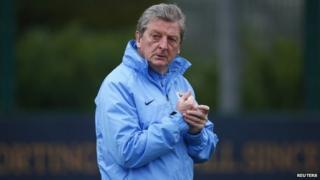 England football coach Roy Hodgson says his team have no reason to fear anyone as they prepare to discover who they'll play at next summer's World Cup.

The three lions will find out the other three teams in their group for the 2014 tournament at a special draw on Friday afternoon.

A worst case scenario could see them drawn in the same pool as hosts and favourites Brazil, as well as one of the big un-seeded European teams like Italy or Netherlands.

But Hodgson says, while he respects each of the 32 teams in Friday's draw, his side have every reason to feel confident.

He said: "We've played 10 qualifying matches in a difficult group and didn't lose one.

"In our best moments we're capable of playing some good football ... so we expect to have the respect of the teams around us, just as we'll respect them. "

The World Cup Draw is due to start at 4pm UK time.