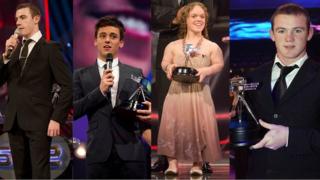 The 10 nominees for the 2013 Young Sports Personality of the Year shortlist have been revealed.

Athletes Dina Asher-Smith, Jessica Judd and Isaac Towers along with swimmers James Guy and Amy Marren are in the 10.

The top three will be announced on Blue Peter on 12 December, with the the main awards night in Leeds on 15 December.

All of the nominees are aged between 14 and 18.

Last year's winner was swimmer Josef Craig. He became Britain's youngest gold medallist at the 2012 Paralympics, aged 15, where he won the S7 400m freestyle final in a world record time.