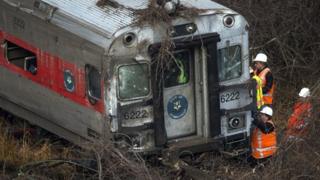 Investigators in New York are trying to find out what caused a train crash in the Bronx area of the city.

Police say four people have died and 60 are injured.

The authorities in New York are describing it as the worst train crash in decades.

Read: What to do if you're upset by the news