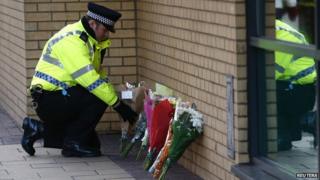 Late on Friday night a police helicopter crashed into the roof of a packed pub in the city centre.

It's thought more than a hundred people were in the pub at the time watching a band perform.

32 people were taken to hospital and 14 were still being treated for their injuries on Sunday.

It's known that eight people died including all three people in the helicopter.

Read: What to do if you're upset by the news

On Saturday Scotland's First Minister Alex Salmond said: "This is a black day for Glasgow and for Scotland."

An investigation will try and work out how this tragedy could have happened.