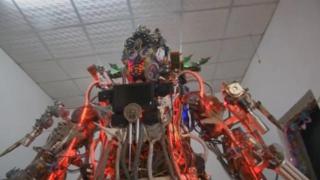 A man in China has spent a whole year building a giant robot in his house.

Building the robot which he has named 'The King of Innovation', has taken up all Tao Xiangli's life and money and is finally finished.

The interactive robot is 2.1-metres tall and weighs 250-kilogram, it so so big Tao can't get it out of his house.

It has several thousand electrical wires, and over one hundred electric motors.

It can move its limbs, hands and head and follow moving objects with its eyes using around 30 censors dotted over its body. 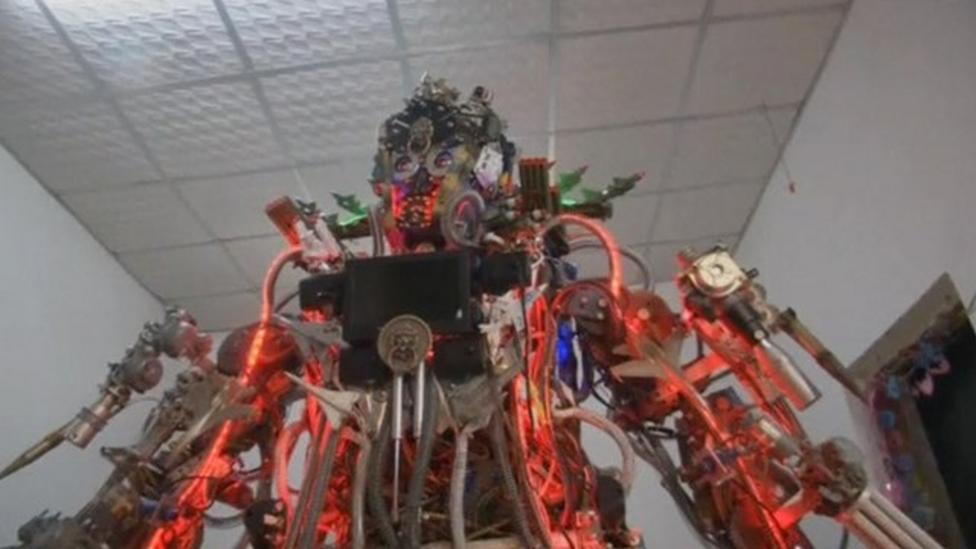