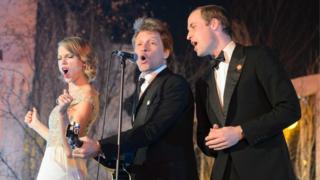 Prince William surprised people at a charity event by getting on stage and singing with Jon Bon Jovi and Taylor Swift.

The Duke of Cambridge belted out Bon Jovi's classic song 'Living on a prayer' at the event for the Centrepoint homeless charity.

Popstar Taylor Swift also joined in the singsong, have a listen and hear how they sound. 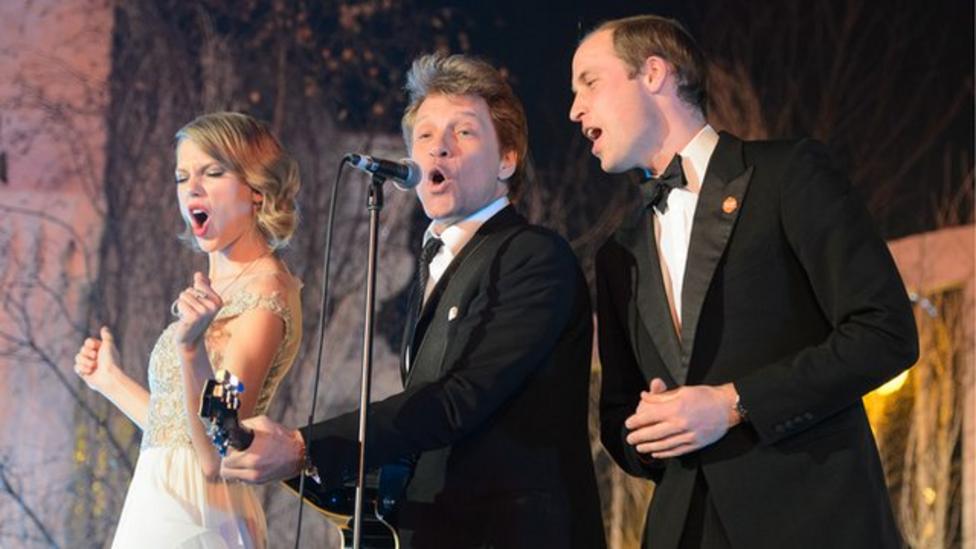