Leonardo DiCaprio gives WWF $3m to save tigers in Nepal 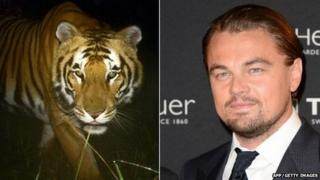 The money will be used to significantly increase the number of tigers in Nepal by 2022.

As well as acting Leonardo DiCaprio runs a foundation which aims to protect "Earth's last wild places and foster a harmonious relationship between humanity and the natural world".

Earlier this year, the foundation raised $38.8 (£24m) million through donations and an art auction in New York City.

The tiger grant is the first from the proceeds of the auction, according to the WWF.