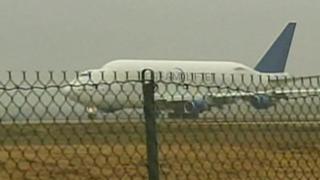 A massive jumbo jet has safely taken off from a tiny airport in the American state of Kansas, after landing there by mistake!

Yesterday we told you how the 180-tonne Dreamlifter which was supposed to land at the McConnell Air Force Base in Wichita, had landed at an airport nine miles north instead.

The plane took off again this morning on a runway much shorter than a plane of the size is used to.

Luckily the take-off went fine and it landed at the correct airport just minutes later. 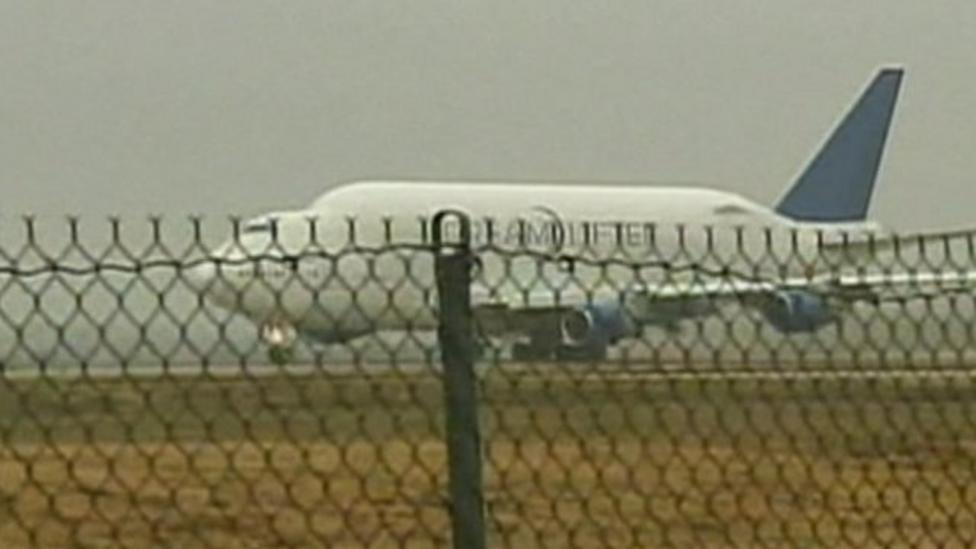