Red squirrels in Merseyside have shown signs of resistance to a deadly virus that has killed thousands of them.

They found that 10% of them had squirrel pox antibodies in their blood. Antibodies allow the body to recognise and respond to viruses quickly. 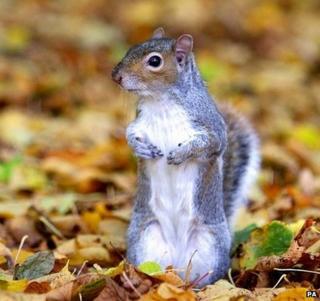 This suggests that the squirrels have been infected with the disease but have got better.

The number of red squirrels in the UK has been going down since grey squirrels were introduced from North America by the Victorians, over 100 years ago.

Earlier this year, reports of more sightings of red squirrels in Scotland suggested that they may be resistant the disease there too.

Grey squirrels carry the squirrel pox virus which they spread to the red squirrels.

Tim Dale, the project's leading researcher, said: "The work that we've done has shown that a small percentage have been exposed to the virus and they're still running around healthy in the forest."