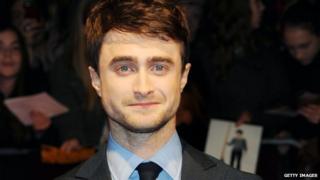 Daniel Radcliffe says celebrities who share every detail of their lives on the internet should not expect people to respect their privacy.

The 24-year-old Harry Potter star told Sky News how he avoids social media and turning up at 'celebrity' events.

"If you tell everybody what you're doing moment to moment and then claim you want a private life, then no one is going to take that request seriously."

The actor, who was cast as Harry Potter when he was 11, added: "Don't, for instance, go to premieres that aren't for a film you're in."