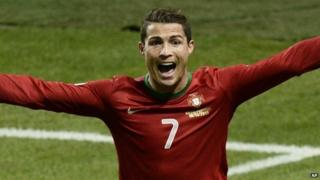 Cristiano Ronaldo secured Portugal's place in the Brazil 2014 World Cup after a scoring a hat-trick in the play-off on Tuesday.

The match against Sweden was billed as the battle between two of the world's best players.

In the end Ronaldo came out on top and knocked Sweden - and star player Zlatan Ibrahimovic - out of the competition. 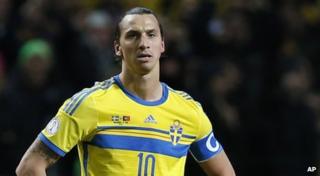 After the game Ibrahimovic said a World Cup without him in it wasn't worth watching!

France, Greece and Croatia also went through to Brazil 2014.