Plans to reorganise army could be delayed 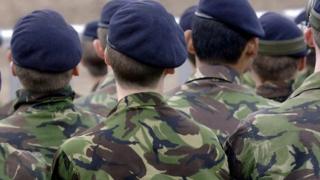 Plans to reorganise the army could be rejected today because some MPs disagree with the proposals.

The government wants to reduce the number of regular soldiers in the army by 20,000. It wants to employ an extra 11,000 reservists instead.

Reservists are soldiers who are trained but are only in the army part-time.