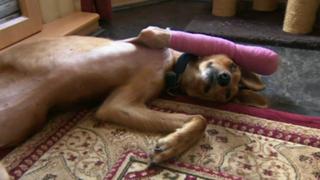 Dog survives being stranded for a month

Meet Wufra the dog who amazed his rescuers because he survived a month stranded on a massive hill, after he got lost while out on a walk.

He was out in the Yorkshire Dales when he spotted a rabbit and dashed after it, but unluckily for him he ended up getting stuck, and no-one could find him or get to him for weeks.

The poor pup, who is a lurcher-saluki cross, broke his leg too.

But thankfully he was eventually found and brought to safety by a team of mountain rescuers.

They wrapped him up warm and carried him down the hill on a stretcher.

He's now at home and on the mend. Watch the video to see how he's getting on. 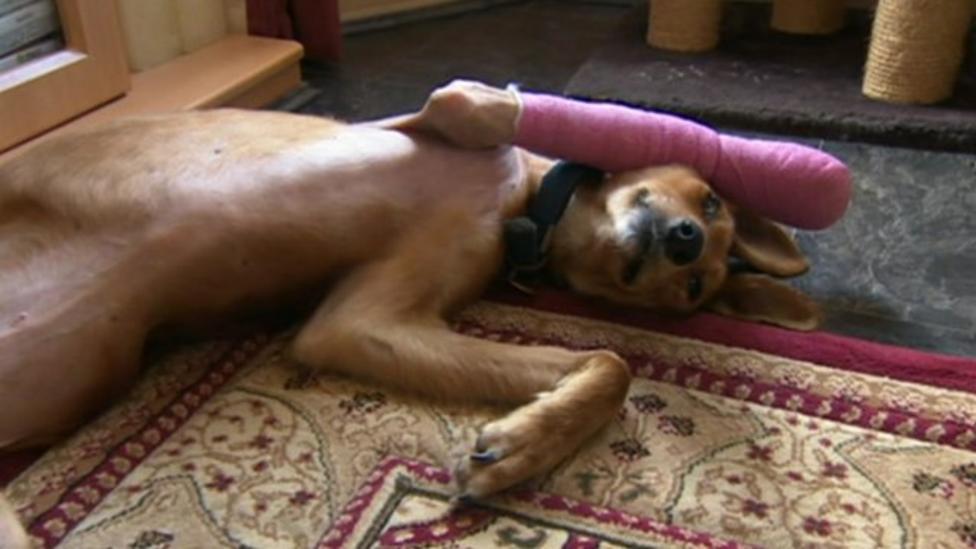 Dog survives being stranded for a month