Animals and their day jobs 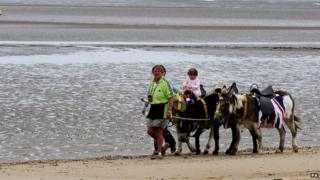 We've all seen a dog with a job - whether it's a police dog helping catch criminals or a guide dog helping its owner.

Lots of other animals have jobs too. Check out these hard-working creatures and their day jobs.

The donkey has been used as a working animal for at least 5,000 years.

Donkey rides on British beaches began in Victorian times. The donkeys would have individual names and colourful bridles.

There are more than 40 million donkeys in the world, mostly in underdeveloped countries.

Donkeys have a reputation for being stubborn, but they are highly intelligent and don't like doing things that scare them. 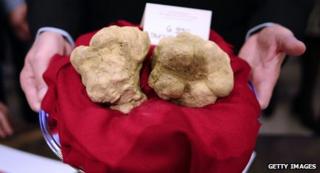 A truffle pig is a pet pig that is used for hunting a type of tuber - an edible fungus - called a truffle.

The pigs have such a good sense of smell they can sniff out a truffle even when it is buried a metre underground.

Truffles are found buried between fallen leaves and soil in the forests of Europe and North America. They are a very expensive food, popular in Middle Eastern, French, Spanish, Italian and Greek cooking.

Truffles fruit throughout the year, depending on the species. The truffle pigs are trained to hunt truffles by walking on a lead through the forests with their owner. 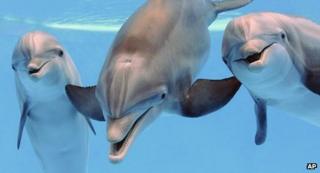 Bottlenose dolphins were chosen to search for mines underwater because of their sonar, high intelligence and underwater vision.

They have been finding and destroying mines in the sea for over fifty years.

New robots are now starting to replace the dolphins because they are cheaper. The machines can also be manufactured more quickly, as it takes the dolphins seven years to train. 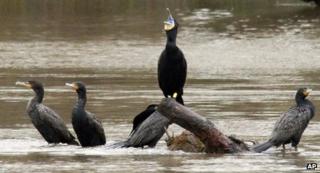 In China and Japan fishermen have used birds called cormorants to help them catch fish.

The trained birds fly from their owner's boat and dive in to the water.

They fill their beaks with fish but a loop of grass is tied around their throat to stop them swallowing their catch. 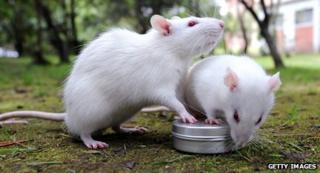 In countries like Mozambique, Cambodia and Angola, rats are trained to find land mines that have been buried in the ground. The rats' little feet are too light to set off the mines.

They wear a small harness which is hooked to a roped-off minefield. The rats then dart back and forth, sniffing.

When they smell a mine they freeze and make quick scratches on the ground to signal where it is so it can be removed.