Flight gadget rules to be relaxed 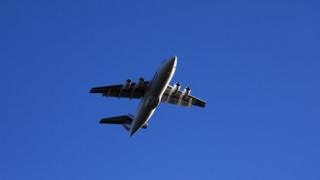 Rules banning phones and games consoles during flights have been relaxed by the European Aviation Safety Agency.

The EASA's new guidelines say electronic devices can now be used during take-off and landing.

Previously using gadgets during take-off and landing was banned for safety reasons.

All gadgets must still be switched to 'flight mode' if used on a plane as mobile transmissions could interfere with flight equipment.

So you'll be able to listen to music or play games, but you still won't be allowed to call or text on a plane.

The new rules will apply to flights operated by airlines in Europe. Always ask the cabin crew if you aren't sure of the rules on your flight.