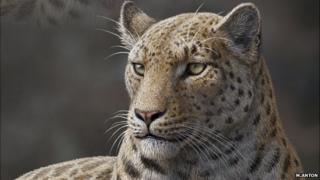 Panthera blytheae may have looked like a snow leopard

Ancient big cat fossils, possibly the oldest ever discovered, have been found in the Himalaya mountains in Tibet.

Experts say the skull fragments of the newly-named Panthera blytheae could be about six million years old.

The discovery suggests big cats were native to central Asia before spreading to other parts of the world like Africa. 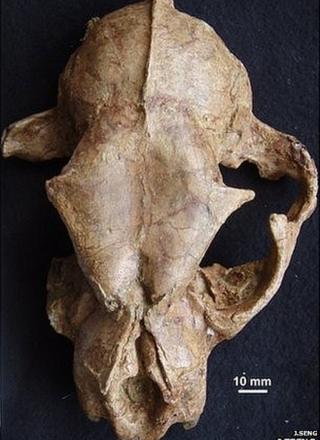 It's rare to find such a complete skull

"This cat is a sister of living snow leopards," said Dr Jack Tseng of the University of Southern California.

"This ties up a lot of questions we had on how these animals evolved and spread throughout the world."