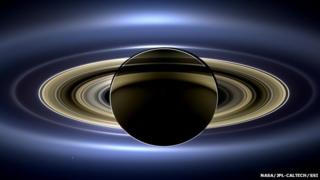 Nasa has revealed a spectacular new photograph of the planet Saturn, taken by the Cassini spacecraft.

The Cassini craft has been orbiting Saturn and sending information back to Earth since 2004.

The giant photo is made up of 141 smaller pictures taken on 19 July while Saturn was eclipsing the Sun.

Back in July, Nasa announced that the photo was being taken so that we could all smile and wave for the camera. 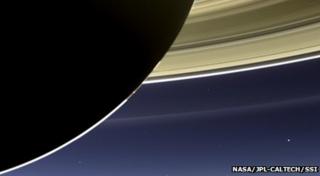 But you'll have a hard time spotting yourself!

Earth is so far away from the Cassini orbiter that it appears as a tiny white/blue dot just to the bottom-right of Saturn and above the word 'tech' in this picture.