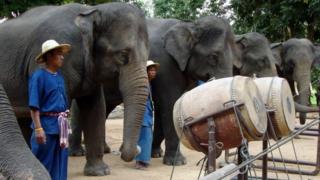 Check out this live performance by the Thai Elephant Orchestra! Is it music to your ears, or just a load of elephant noise?

The elephant ensemble was set up by Dave Soldier and Richard Lair at a conservation centre in northern Thailand.

They set out to demonstrate that animals really can make music.

Dave said: "We thought that maybe elephants would play on instruments if they were easy to use."

Dave and Richard Lair built 22 giant instruments designed to be operated with an elephant's trunk or with a stick held in the trunk - like a giant xylophone and drums.

The elephants can play individual notes on cue and have so far recorded three albums of music.

A human orchestra in New York has even performed one of the elephants' original compositions.

This video was recorded by Paul Spurrier and appears courtesy of Dave Soldier. 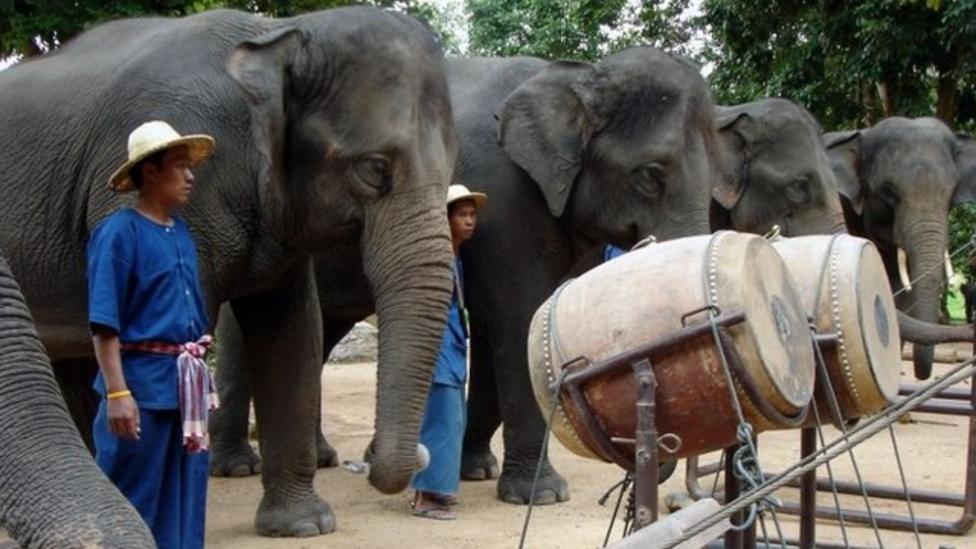