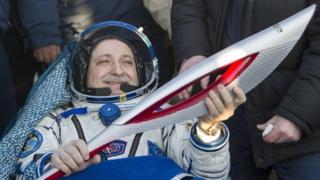 The Olympic torch for the Sochi 2014 Winter Games has landed on Earth after being sent back on a rocket.

The Soyuz capsule which had three astronauts as well as the torch, landed in Kazakhstan.

It took three-and-a-half hours for the capsule to reach Earth from the International Space Station.

The torch was blasted up to the ISS on Thursday, where the torch was taken outside for the first time.

The event was all part of Russia's build up to the winter Olympics which start in February next year. 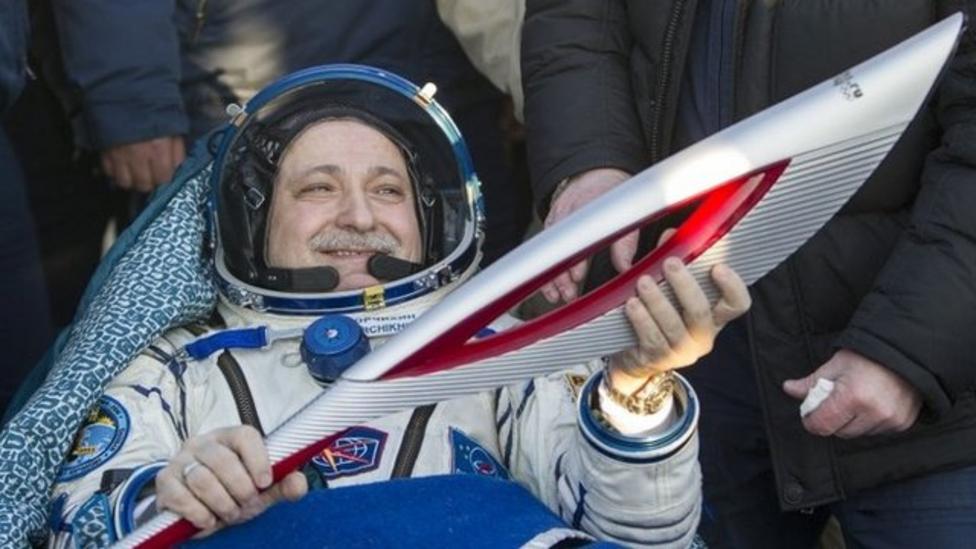