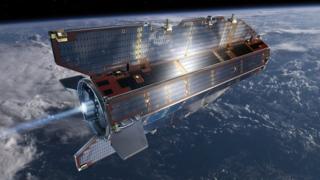 The European Space Agency's (ESA) Goce satellite has fallen to Earth, burning up in the atmosphere.

The machine was nicknamed 'Ferrari of Space' because of its super sleek design.

Goce, short for Gravity Field and Steady-State Ocean Circulation Explorer, was launched in 2009 with the job of researching the environment.

It was designed to plunge to Earth once its fuel ran out.

Scientists say most of it would have burnt up in the Earth's atmosphere, but any surviving debris could have fallen somewhere along a path through East Asia and the Western Pacific to Antarctica.