Hurricanes, cyclones and typhoons are all types of tropical storms. But what's the difference between them?

Well, they are all basically the same thing, but are given different names depending on where they appear.

Cyclones are formed over the South Pacific and Indian Ocean.

Typhoons are formed over the Northwest Pacific Ocean. 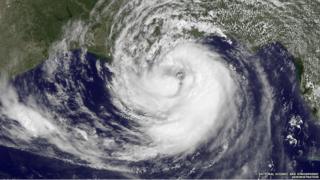 Tropical storms last a long time and are given names so they can be identified quickly.

Weather scientists hold meetings to decide on new names for the next year.

Names of storms which cause a lot of damage are never used again.

What happens in a tropical storm?

Air rises quickly when it is heated by warm sea water. 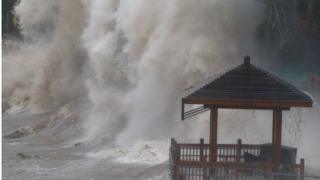 As the air cools down again, it is pushed aside by more warm air rising below it.

What damage do tropical storms cause?

Over the sea, a tropical storm can whip up huge waves.

When these waves reach land they can flood large areas, including towns and cities. 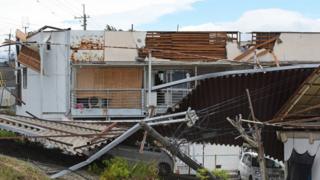 Getty Images
This home in Japan was destroyed by a typhoon

Over land, the strong winds can cause a lot of damage - they can flatten homes, knock over trees and even tip over cars.

Tropical storms usually die out after a few days over land because there is no warm sea water there to power them.

What is a state of emergency?

In times of great danger - perhaps following a natural disaster like a cyclone - the government can declare a state of emergency.

This means the government stops performing its day-to-day duties and instead focuses on solving the situation.