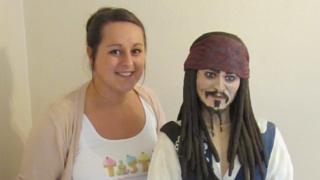 A woman has baked an "almost life-sized" cake showing Johnny Depp as Captain Jack Sparrow, for a baking competition.

Lara Clarke from Brownhills, West Midlands, made the Pirates of the Caribbean-style treat for Birmingham's Cake International competition.

Lara says she only started baking two years ago. 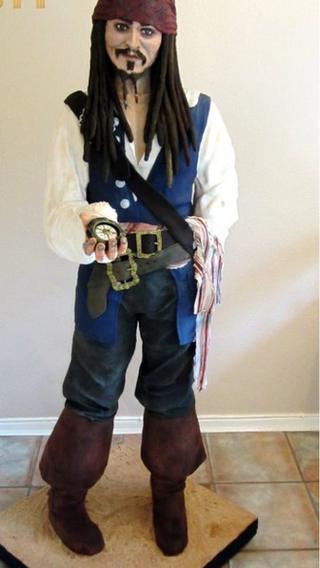 The Cap'n Jack cake is almost as big as Johnny Depp himself!

"All I'd really made before was some bog-standard banana cake in home economics," she said.

"The first time I baked a decorated cake was for my mother-in-law's 25th wedding anniversary. I thought it was rubbish but everybody else seemed to like it."

Since then, Ms Clarke has baked cakes for family and friends.

She's also made a 4ft (1.2m) Grinch cake, a motorbike and a Kate Middleton cake - but this one of Cap'n Jack is her biggest effort yet. 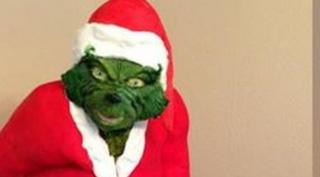 "I was watching Pirates of the Caribbean. I was watching Jack Sparrow, played by Johnny Depp, and I thought he would make the perfect cake.