Royal Wedding and other famous scenes recreated in Lego 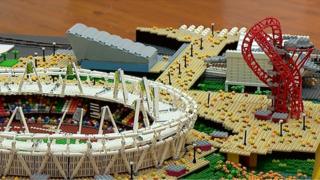 London's Olympic Park, the Royal Wedding and the Tour de France have been recreated in Lego, along with other famous scenes and landmarks.

Seventy-two models, including many famous buildings, are on display in a new exhibition in Scotland.

All of the models at the exhibition in Paisley are created by Edinburgh artist, Warren Elsmore.

Mr Elsmore used to work in IT, but is now a full-time Lego artist. The exhibition took him two years to make.

"I started in the same way as everyone else, when I was three or four, getting Lego sets for Christmas and building them", he said. 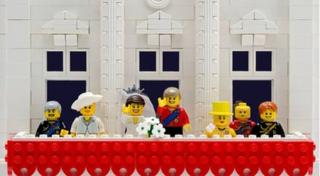 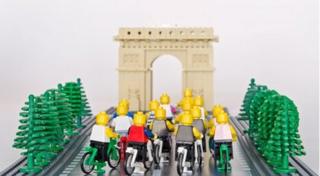 The Lego Tour De France on its final stage in Paris 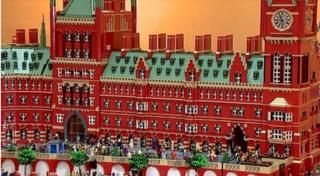 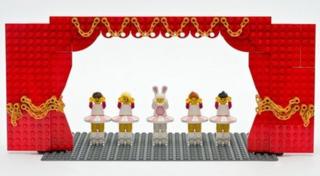 All of the models in the exhibition are created from ordinary rectangular bricks: the bricks are not glued together and nothing is custom made.

The curved roof of St Pancras station is created by the tension of the bricks. If they are placed at the right angle, they form a curve.

Mr Elsmore had a tour of the clock tower at St Pancras station, which helped him build the structure.

"I got right inside the clock tower which gives you a real sense of how the building fits together", he said. 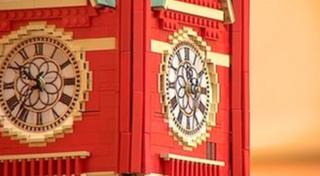 There will be a section of the exhibition where visitors can build themselves.

Craig Elliot from Renfrewshire Museums said: "It's not just going to be about looking, there will be a hands-on section of the exhibition where they can make something of their own, or contribute to making a local landmark..."

Mr Elsmore said that when the exhibition closes, the Lego models are packed up very carefully, put into boxes and will sit in a warehouse... until the next time.

The 72 models on display all feature in his book Brick City, which demonstrates how he made the structures.