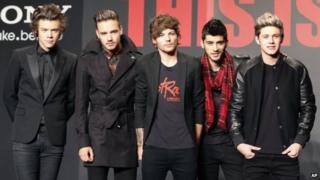 One Direction fans are nominated for an award as best fans at this year's People's Choice Awards, for favourite music fan following.

1D themselves are up for two other awards: best band and for favourite music video - for Best Song Ever.

Glee, the American musical TV drama is up for a whopping eight awards including Favourite Network TV Comedy. 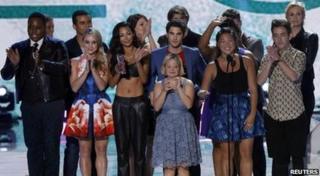 Glee is up for eight prizes in total, including favourite network TV comedy and favourite comedic TV actress for series stars Lea Michele and Jane Lynch.

The People's Choice Awards recognises stars from the world of TV, film and music and is decided by fans voting.

Mumford & Sons, who headlined this year's Glastonbury Festival, are up for favourite alternative band against the likes of Muse and Fall Out Boy.

The winners will be announced in Los Angeles in America on January 8.