How do different sports treat concussion? 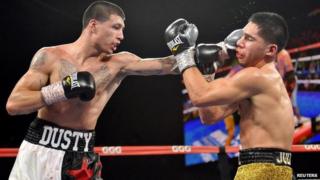 Concussion is a common sporting injury that's been thrown in to the spotlight after Tottenham goalkeeper Hugo Lloris was allowed to play on, after being knocked unconscious in a Premier League match last Saturday.

Some health experts have criticised the club for allowing him back on the field, saying it was too dangerous.

In many sports, where there is a lot of physical contact between players, there is a risk of hitting your head.

The impact of knocking your head can cause the brain to bump against the bone of the skull. It is this bump that causes concussion.

Concussion is most common in boxing, skiing, rugby and football.

Symptoms include: loss of consciousness, confusion, headaches, vomiting and feeling unsteady on your legs.

Some of these symptoms do not show immediately, so if you hit your head in a sports game, how much time should you have to recover before you play again?

The rules vary among the sports with a higher risk of head injury. 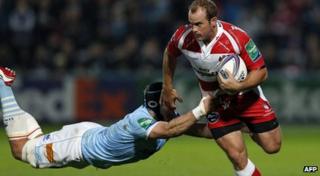 For every 1,000 hours of rugby there will be 5.1 instances of concussion.

Concussion is the most common injury in professional Rugby Union.

When players collide, the force on their body can be as intense as what the body experiences in a car crash.

If a player is thought to have concussion they are taken off the pitch for a concussion test.

The test includes questions such as: what is the current score, and where is the game being played? This tests their memory and whether the player is disorientated.

There is also a balance test where the player is asked to walk in a straight line.

One failed question, four balance errors and the presence of one or more symptoms means the player is removed from the game.

If they pass the test then they can return to play after just five minutes.

Some people think that five minutes is not long enough. In the past a player suspected to have concussion had to leave the pitch and take a week off. 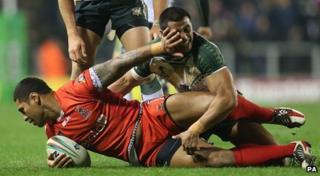 In Rugby League players with suspected concussion must leave the game and not return until they have done a very specific test.

This test involves a deck of cards and tests how the player is thinking.

The player must pass the test before they can play again, this can be the next day, or after a few weeks. 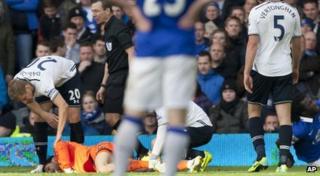 Tottenham keeper Hugo Lloris was allowed to carry on after being knocked out in Sunday's 0-0 draw with Everton.

A Premier League rule says that any player who has hurt their head must be examined by a doctor and declared fit before he is allowed to continue playing.

If the player is taken off for the whole game then he should not play for five days.

Every football club must have a doctor on the bench who is trained in treating head injuries. 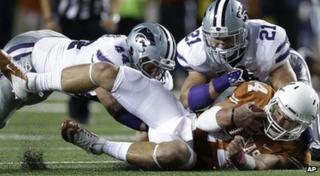 There is an ongoing concussion problem in America with American Football.

In American Football concussion injuries have cost the National Football League (NFL) a lot of money in compensation payments.

This money was to say sorry for the number of concussed players over the years and to stop the players taking them to court.

To prevent this happening again, the NFL now has medical experts next to the pitch. The experts decide if players need concussion tests during the game.