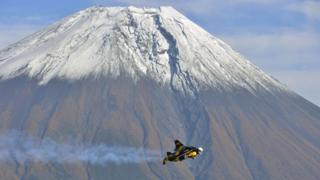 Imagine zooming past mountain-tops, skimming over the tops of trees and feeling the wind in your face, all at speeds of up to 185 miles an hour.

Swiss pilot Yves 'Jetman' Rossy does just that after he invented his own jetpack system using carbon-fibre wings and four jet engines.

He has just completed his most recent flying adventure over Japan's Mount Fuji, and he did it not just once but nine times!

He said: "It's really impressive. It's a perfect form, a huge mountain, a huge volcano, a presence that you can feel on the ground and also in the air."

In previous stunts Rossy has crossed the English Channel, flown over the Grand Canyon and soared above the Brazilian city of Rio de Janeiro, as well as flying in formation with jet airplanes and a Spitfire fighter. 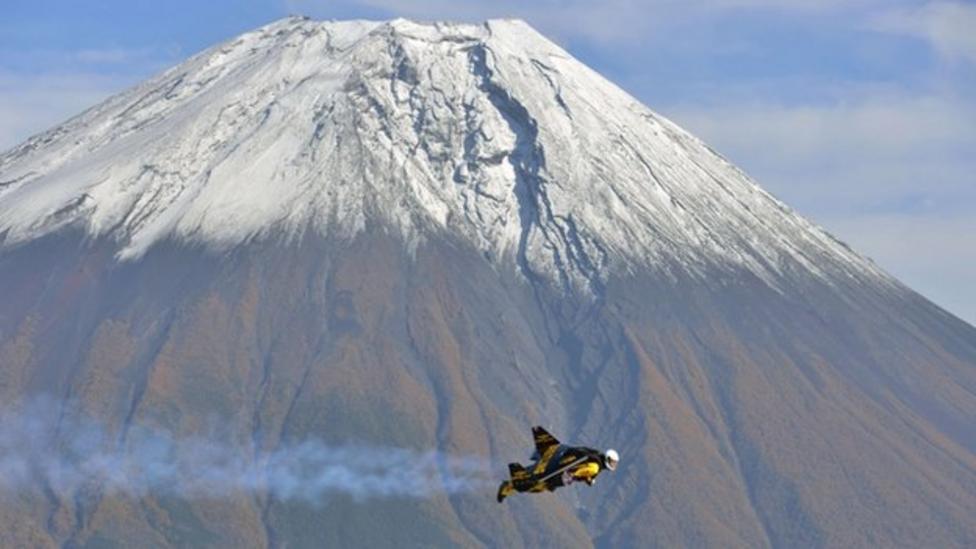