One in five suns has habitable world 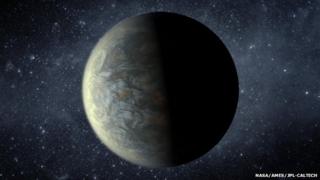 Astronomers have estimated how many of the 100 billion stars in our galaxy could have a habitable planet in its orbit.

Using data from Nasa's Kepler space telescope, they say that one in five stars like the Sun hosts an Earth-sized world located in the "habitable zone".

This zone is the region around a star where temperatures allow for water - a key ingredient for life - to stay liquid at the surface. 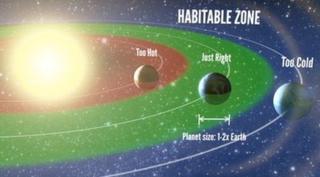 "What this means is, when you look up at the thousands of stars in the night sky, the nearest Sun-like star with an Earth-size planet in its habitable zone is probably only 12 light years away and can be seen with the naked eye," said co-author Erik Petigura, from the University of California, Berkeley.

He added: "That is amazing."

His UC Berkeley colleague Andrew Howard said the discovery showed that planets like our own were relatively common throughout the Milky Way galaxy.

The researchers have published details in the journal PNAS.