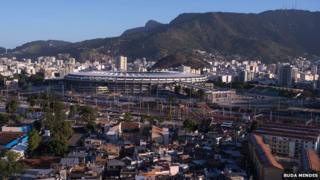 A global football conference due to be held in the 2014 World Cup host country Brazil has been cancelled.

Soccerex, a big gathering of the world's top football organisations, was due to be held in three weeks' time at Rio de Janeiro's Maracana stadium.

The England manager, Roy Hodgson, was among a number of high-profile figures who were planning to attend the event.

The conference organisers and Rio's state government disagreed over why the event has been called off.

In a statement, the organisers said the government took the decision because of "ongoing civil unrest" in Brazil.

But Rio's state government denied this was the cause, saying the event was cancelled because of funding problems.

A number of protests have been held in the country over the past year as people living there say too much money is being spent on the World Cup and not enough on things like public transport. 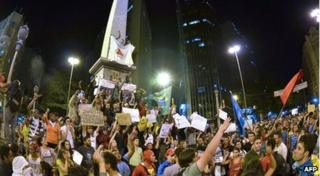 Soccerex chief executive Duncan Revie called the cancellation "cruel" and said he wanted to apologise to "every business, football club, league, federation and media organisation affected by this news".

World football governing body Fifa said the cancellation did not mean there would be security fears for next year's World Cup.

Fifa's marketing director, Thierry Weil, said: "We do not believe this will have any influence in any way or form on the organisation of the Fifa World Cup."