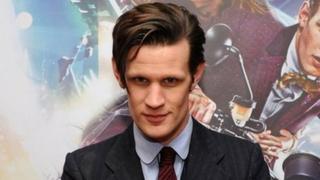 Author Neil Gaiman has been revealed as the final short story author of the Doctor Who stories.

The series is part of the 50th anniversary of Doctor Who, with each short story based on one of the 11 Doctors.

Nothing O'Clock will be published towards the end of this month as an e-book.

Gaiman's story focuses on actor Matt Smith's character as the most recent Doctor.

He also revealed he wanted to tell us more about the Doctor's assistant Amy Pond, before she got married. 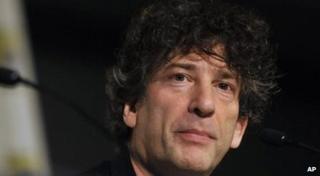 Neil said he also created a new villain called The Kin, which he hopes will "terrify" Doctor Who fans.

The author added: "Once I'd finished telling my story, in which I create an incredibly creepy Dr Who villain or possibly bunch of villains called The Kin, there was definitely part of me who went 'You know, wouldn't it be fun to put this on screen?'

"Wouldn't this be fun to see if I can actually make people wee themselves with terror in real life?"

Neil Gaiman is the author of several children's books such as Coraline, Fortunately The Milk and The Graveyard Book.

Other authors who contributed to the series include Malorie Blackman, Patrick Ness, and Charlie Higson.

Nothing O'Clock will be released on 21 November.