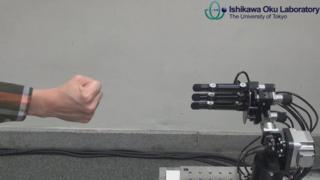 A robot developed by Japanese scientists is so fast it can win the Rock-Paper-Scissors game against a human every single time.

This is the second version of the robot - the first one was unveiled in June 2012.

Version two is even faster than the original one, and completes its chosen hand shape almost at the same time as the human hand.

It uses high-speed recognition and reaction, rather than prediction.

Technically, the robot cheats because it reacts extremely quickly to what the human hand is doing rather than making a random shape which is what the rules of the game are.

Check out the video! 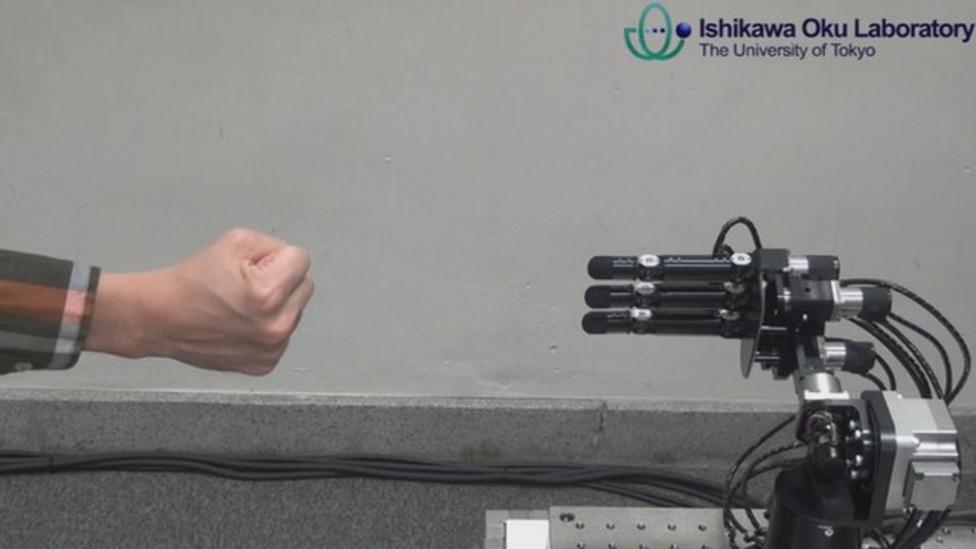