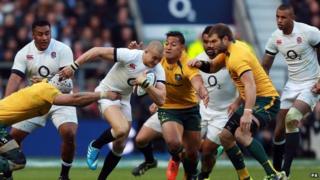 England came from behind to beat Australia in a thrilling match at Twickenham.

England have now won three of their last four encounters with Australia. They will next face Argentina at Twickenham on Saturday.