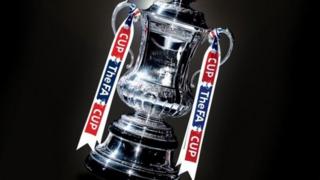 The Football Association will celebrate its 150th birthday today with a special event in London where the original rules of the game will be displayed.

The first official rules of football were decided and agreed in 1863 and football has changed a lot since then.

Some of the original rules from 1863

What rules would you change?

I think that if someone hand-balls it should be a straight yellow card.

I think that instead of playing 90 mins it should be 120 mins and three breaks so that more goals could be scored. There should be 4 referees in game so that the referee doesn't get tired by running more than players.

I think no football matches should be a draw. They should all have penalty shoot out or golden goal.

I would change the three subs rule because if you use your three subs and a player gets injured you have to continue with 10 men. It is unfair.

I would like two goalies for each team, but make the goalpost bigger!

Goal keepers should not be allowed to come out their box unless it's for taking a free kick or penalty.

I would say that you couldn't be offside in the penalty box because there would probably be more goals.

If you have the ball you can't move and a player can't tackle you - and if a player gets injured another player takes their place.

You should be able to kick the ball over the post and it still be a goal.

I would change the slide tackling rule because I think that it is unfair that people can just run up in front of you and trip you over.

I would make football to be played in the summer as when you play in the winter you get too cold. It is even worse when it rains as your thermals get wet which makes you even colder.

I would change the offside rule as it slows down the game a lot.

I would change one rule which would be OFFSIDE because it's really frustrating when the whistle keeps getting blown. It's really, really annoying.

Manchester United should have 100 goal head start and always win the cup. Also Chelsea should never ever win.

I think they should create more girls' football clubs and let girls play with boys after the age of 12.

I would add a rule: 3 or more passes before a player may score.

I would not have kick off after a goal. It's a waste of time. When one team scores and the other starts, it isn't fair because it's not them that sprinted down the field. They should just have a goal kick or something like that.

I would change the offside rule so there is no more offside - because I hate it.

I would change offside as it is very annoying when the whistle keeps blowing and they have to stop, because this delays the game.

The offside rule. It gets on my nerves. You can not move without the other player on the other team - it is a stupid rule.