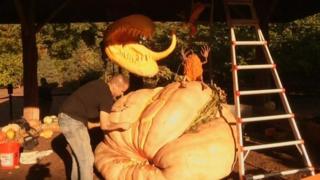 Pumpkin that turned into a beehive!

Because a top pumpkin sculptor Ray Villafame has transformed the pumpkin into a giant bee-hive and surrounded it with huge wasps and carnivorous plants also made from pumpkins.

He said: "We came up with the concept of carnivorous plant, the pumpkin was almost custom made for this design. It has a bunch of creases in it, so right now what we're doing, we're making the carnivorous plant look like it's got its vine wrapped around the pumpkin, squeezing it."

The record-breaking pumpkin was grown in Napa Valley in California and weighs more than 900 kgs!

The exhibition is on display at New York Botanical Gardens in America and runs until Halloween - but visitors will have to get there quick because as soon as a pumpkin is cut it starts to rot away - and I'm betting this thing will leave a whole lot of pumpkin goo behind! 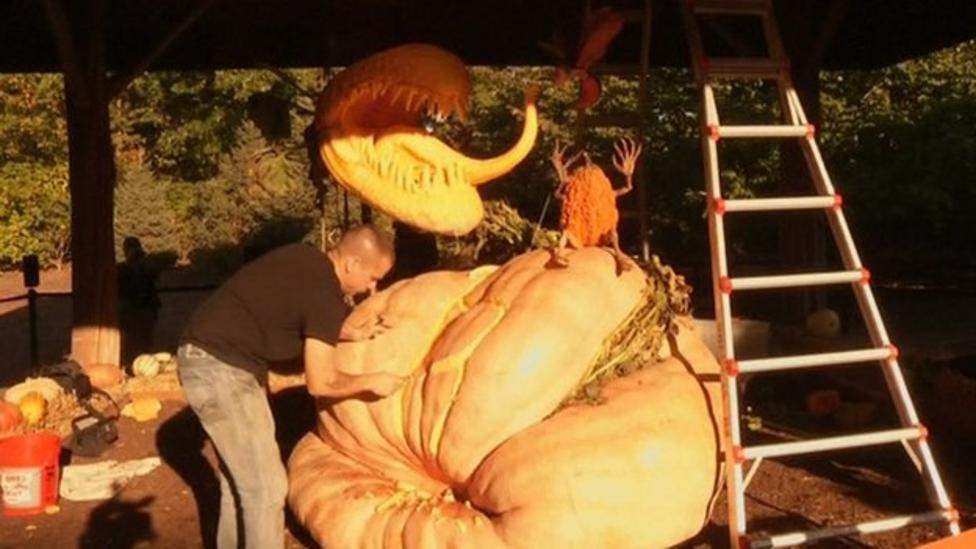 Pumpkin that turned into a beehive!