Superworm by Julia Donaldson up for Red House Award 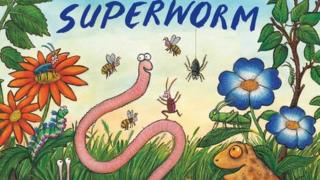 Julia Donaldson's Superworm is up for the Red House Children's Book Award, the only national book prize voted for just by kids.

The story about a cunning worm is one of 10 books shortlisted for the award.

You can vote for your favourite on the Red House Children's Book Award website, up until 24 January 2014.

The awards have been running for 34 years and the winner will be announced in February 2014.

Walter and The No Need To Worry Suit - Rachel Bright (HarperCollins)

How To Hide A Lion - Helen Stephens (Alison Green Books)