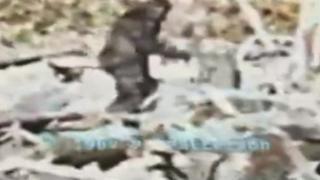 The suspected bigfoot spotted in California in 1967.

From yeti's to the Loch Ness monster - we take a look at the top five unsolved mysteries of all time.

Bigfoot is the name given to a large hairy ape-like creature which is said to have been seen in forests in North America. It is said to have enormous feet and a very unpleasant smell. Most scientists don't believe such a creature exists due to the lack of evidence and many argue that the Bigfoot sightings have all been fake. But some don't give up on the legend - they think Bigfoot is an alien!

The Mary Celeste was a ghost ship discovered in 1872. She had been at sea for a month and was still sailing towards the Strait of Gibraltar near Spain without a single crew member on board when discovered. She had over six months' worth of food on board and the crew's personal belongings were still all in place. No-one who had been aboard the ship initially was ever seen or heard from again. Their disappearance makes the Mary Celeste one of the greatest maritime mysteries of all time.

Was it an alien? This was the question on everyone's lips in 1947 when an object fell from the air and crashed onto a ranch near Roswell in America. There have been many explanations for the incident including it being a weather balloon but the most famous is that the object was actually a spacecraft containing alien life. 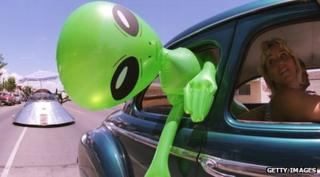 The Loch Ness monster is said to be a large mysterious animal living in the waters of Loch Ness in the Scottish Highlands. The earliest reporting of a 'monster' sighted in that area was in the seventh century but others say the reports could be rationally explained as encounters with similar types of animals. The legendary monster is known to some by the affectionate nickname 'Nessie'. Some have suggested it may be a descendent of a plesiosaur - a species of water-dwelling dinosaur - but again, the evidence is sketchy! 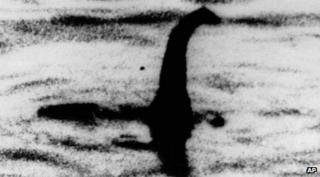 The Bermuda Triangle is a region in the North Atlantic Ocean, north of the Caribbean, where a number of ships and aircraft are said to have vanished without a trace. This area of water between Florida, Puerto Rico and Bermuda is filled with mystery and is also known as the Devil's Triangle. 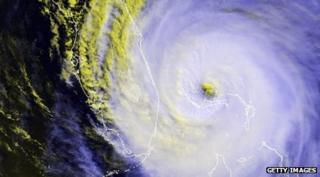