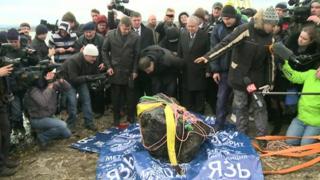 Divers have pulled what they think is a half-tonne meteorite out of a lake in Russia.

They believe it could be a chunk of the space rock that exploded over the city of Chelyabinsk earlier this year.

It's thought to have in central Russia leaving a six metre wide hole in the ice.

But the team of divers managed to locate it, buried in mud, and bring it to the surface. If confirmed, it would be the largest fragment of that meteorite that's been found to date.

Watch Russian reporter Oleg Boldyrev explain more from the scene of the discovery. 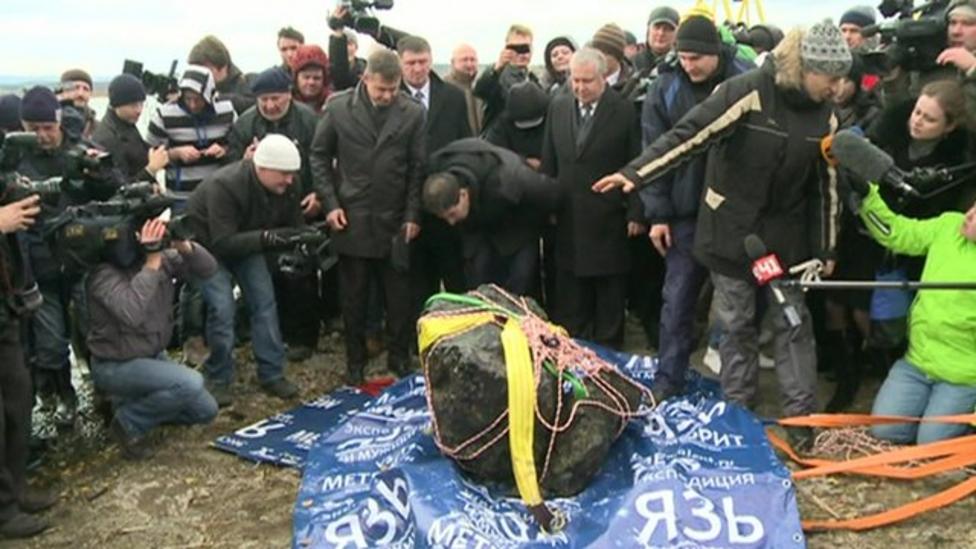