One in five children are 'connected to nature', study says 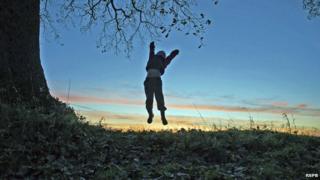 Large numbers of children in Britain are missing out on the nature around them, a study from the RSPB (The Royal Society for the Protection of Birds) suggests.

The report says that only 21 per cent of children aged 8-12 were "connected to nature", something it defines as appreciating wildlife and having a sense of responsibility for the environment, among other things.

The RSPB says grown-ups could be holding kids back because they think nature is dangerous or dirty.

The RSPB came up with a definition of what "connected to nature" actually means and then developed a questionnaire with 16 statements designed to assess the level of connection among children.

Around 1,200 children from across the UK were asked to agree or disagree with these statements.

The report shows a difference between boys and girls with 27 per cent of girls agreeing with the four statements above, compared to only 16 per cent of boys.

"We need to understand these differences," Sue Armstrong-Brown, head of conservation at the charity, told BBC News.

"Whether boys and girls are scoring differently on different questions, are girls more empathetic to nature than boys for instance?"

What's a good connection with nature?

The RSPB developed a definition of "connection to nature" that they believe can be considered realistic and achievable for all children. They say this includes these four descriptions of how children feel about nature: